Paris may be known as the City of Light, but Turin is making a bid to be the City of Lights, as its avenues and squares, its Roman walls, and even its public bicycles are adorned with light installations for the Winter.

But these are no mere gaudy Christmas baubles, they’re an all-encompassing city-wide endeavour to make Torino a living, breathing, illuminated contemporary art project.

Come along on a photo journey to see the lights that symbolise Turin’s big idea..

Creative types talk about the light bulb moment, but for the fourteen Italian artists whose work is on display in the Northern Italian city of Turin over Christmas and New Year the light bulbs are physical as well as metaphorical.

Running from November until January as it has every year since 1998 these core works form the basis of an installation art series, Torino’s Luci d’Artista which brings the city streets twinkling to life at Christmas with creativity, concept and colour. This is all part of an even bigger ongoing project to reposition Turin as a major European capital of contemporary art, starting with the city streets.

Each year new and exciting work is added to the collection and for the first time this year artist Martino Gamper has added light displays to the city bikes to inject yet more energy into the Piedmont capital.

As you cycle over the cobblestones mischievous monkeys frolic in your wheels and kaleidoscopes of neon are left in your wake. You succumb to the childlike temptation to cycle ever-faster, the more you peddle the more delight you bring to open-mouthed passers-by.

So come for a virtual walk through the Alpine city’s high-concept, low-temperature stradas, and spot the difference between new art and old lights. You may get chills but you’ll be staying warm. This reads ‘Love difference’, written in many languages One of the bicycles suspended in a pedestrianised street 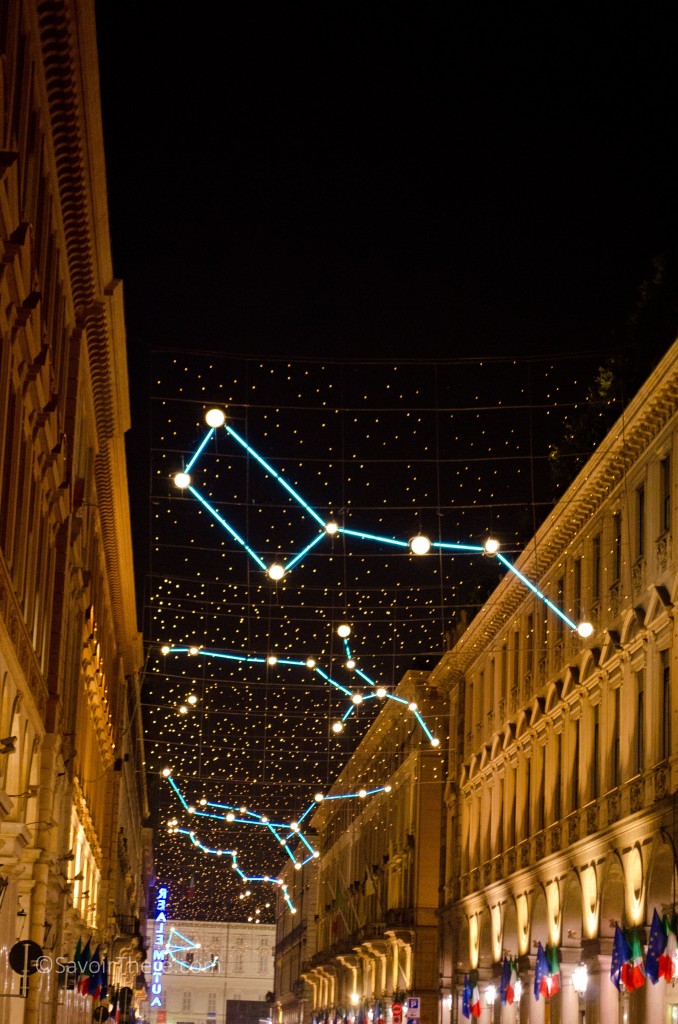