London is a city of over 8 million people, so as a native Londoner I’ve come up with 8 things every tourist in London needs to know. They should help you fit in, do as the locals do and get more out of your trip to the best city on earth.

If I’d just got off the boat, bus, train or plane in London, here are a few facts I’d wish I already knew… The Friday Skate at Little Venice

London is a big city – too much to cover on foot but as soon as you get in a vehicle you’re cutting yourself off from the pulse of the place. My biggest & most heartfelt recommendation, unless you’re a damn good rollerblader, is to hire a bike.

Yes it will be a bit scary at first but you’ll get much more out of your experience from the saddle. Use London’s quirky back streets which are perfect for cycling – and show me something new and amazing every day, so are gold for open-eyed tourists. You can stop and pull over whenever you see something that catches your eye, you won’t have to think about parking, congestion charges (or red lights if you’re feeling naughty) and you can cover far more ground than you can on your plates of meat (that’s feet to you).

Tip: Try the Regent’s Canal, there are no cars making it the perfect London cycle (or rollerblading) route. You do not have time to waste at Leicester Square. There’s nothing there apart from other tourists (and overpriced cinemas and crappy slices of pizza.) This goes double for Madame Tussauds or anything to do with Sherlock Holmes. In fact it’s probably safer for you to avoid the Baker Street area altogether. Think of the most polluted, horrid part of your home city and what you’d think if you saw a clueless tourist eating dinner there. Now, don’t be that clueless tourist.

Tip: Go to Marylebone High Street instead of Baker Street, Soho instead of Leicester Square, King’s Cross instead of Camden (ok, as well as Camden) This way you can swerve some tourist traps and gotten under London’s skin a little.

3. Talk About The Weather It’s really important in London to do weather dependent stuff. You could come back to London 10 times and not get a sunny day so if the sun puts his hat on, put yours on too, and some sunscreen, and go to the park to enjoy the vibe. Or have lunch alfresco. The museums will still be here when it’s raining I promise. The best stuff in London isn’t necessarily all in the West End. Get out to the real streets of London to get a taste of the action. My picks are all north of the river in Islington, Primrose Hill, and all the Hampsteads: it might seem confusing but there are actually 3 – there’s Hampstead village proper (Northern Line) and West Hampstead which is it’s own village (Jubilee Line and Thameslink) and Hampstead Heath (Overground) which is the best wild park in London.

In fact depending on how long you’ll be in town for it might well be worth getting a weekly travelcard rather than use pay as you go with Oyster, for the best value on your travel in London.

Tip: Go to any of the above places and just go for a walk, get lost in the streets and interesting cool stuff will reveal itself to you.

5. Let The City Guide You In London the phrase Life’s What Happens While You’re Making Plans has never been truer. For god’s sake take it slow, look around you and if something cool pop ups, go with the flow, the unexpected is what makes this city.

Tip: For free samples (often handed out in commuter areas like the West End), impromptu gigs (I’ve seen them happen in Covent Garden and St Pancras), or to see street artists at work (most likely around Old Street) just walk around being open to stuff and I promise something unexpected will change your day.

6. Go Out For An English 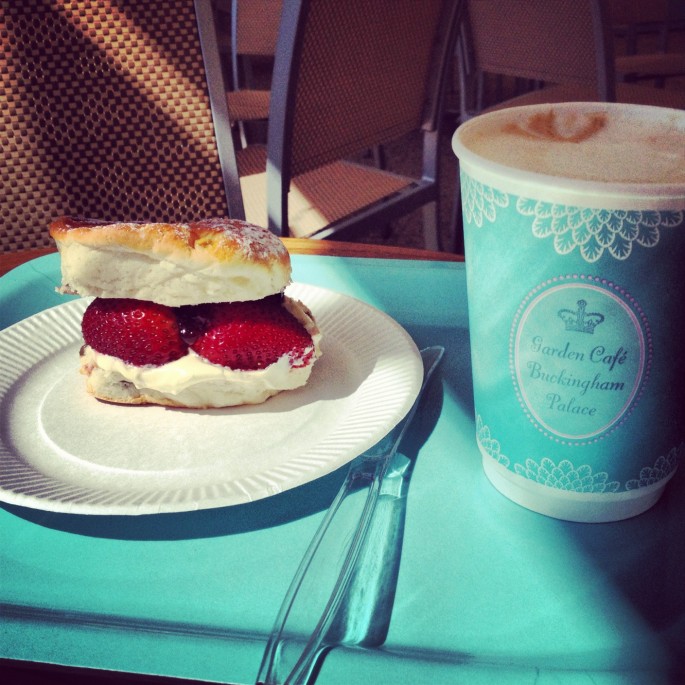 There is good food everywhere in London. Really. There is no excuse for eating bad food, frequenting a branch of Angus Steakhouse, and then whining that we have bad food.

The best Cambodian food I’ve ever had is from a tiny hole in the wall restaurant right by my house, and I’ve spent a lot of time in Cambodia. There are books, magazines, websites, blogs, Facebook pages and Twitter accounts devoted to every possible combination and permutation of great food in London. Use them and uncover a gem.

Tip: Check reviews on Time Out, read blogs and look for twitter accounts that showcase the latest pop-up restaurants in London.

7. Please Stand On The Right Tube etiquette is an art form too

You need to know some tube etiquette, we take this stuff pretty seriously. When you get on the tube, let people off first. Seriously, barging past them helps no-one and just puts us Londoners in a bad mood. Also remove your rucksack and don’t smack people in the face with it, and stand on the right, walk on the left on escalators. It might sound obvious but apparently it isn’t. Move down the platform, move down the train and you’ll move up in our estimation – from tourist to local.

Tip: Travel outside rush hour (and try to avoid huge sporting events like the Olympics ) and your tube journey will be much easier. Also NEVER, ever stand on the left of an escalator. View of The Shard from Southwark

See the city from above – and it doesn’t have to be from The London Eye. There’s nothing like getting a sense of perspective on a huge city like London, so seeing it from above is something you should prioritise.

Tip: London’s tallest building The Shard opened to the public in 2013, but also try Westminster Cathedral, or make friends with someone at BT for a rare opportunity to see the view of London from this telecommunications landmark.